A picture frame is a decorative edging for a picture, such as a painting or photograph, intended to enhance it, make it easier to display or protect it.

The frame along with its mounts protects and often complements the artwork. Art work framed well will stay in good condition for a longer period of time. Joan Miró once did a work specifically to frame with a flea market frame, and many painters and photographers who work with canvas "gallery-wrap" their artwork, a practice wherein the image extends around the edges of the stretched canvas and therefore precludes use of a decorative picture frame. As picture frames can be expensive when purchased new, some people remove pictures from a frame and use the frame for other pictures.

Picture frames have traditionally been made of wood, which is still the most common material, although other materials are used including silver, bronze, aluminum, and plastics such as polystyrene. A picture frame may be of any color or texture, but gilding is common, especially on older wooden frames. Some picture frames have elaborate mouldings which may relate to the subject matter. Complicated older frames are often made of moulded and gilded plaster over a plain wood base. Picture frames come in a variety of profiles, but generally the lengths of moulding feature a "lip" and rabbet, the function of which is to allow a space to hold in the materials in the frame. The lip extends usually about a quarter of an inch past the edge of the rabbet.

The picture frame may contain a pane of picture framing glass or an acrylic glass substitute such as acrylite or plexiglas to protect the picture. In some instances where the art in the frame is dispensable or durable, no protection may be necessary. Glass is common over watercolors and other artwork on paper, but rare over oil paintings, except very valuable ones in some museums. Picture framing glass may be treated with anti-reflective coatings to make the glass virtually invisible under certain lighting conditions. When a picture frame is expected to be exposed to direct sunlight, or harsh lighting conditions such as fluorescent lights, UV filtering may be added to slow down the photocatalytic degradation of organic materials behind picture framing glass.

For pieces to be framed under glass, except for the most disposable and inexpensive posters or temporary displays, the glass must be raised off the surface of the paper. This is done by means of matting, a lining of plastic "spacers", shadowboxing, stacking two mouldings with the glass in between, and similar methods. If the paper (or other media) were to touch the glass directly, any condensation inside the glass would absorb directly into the art, having no room to evaporate. This is harmful to almost any medium. It causes art sticking to the glass, mildew or mold spore growth, and other ill effects. Raising the glass is also necessary when a piece is done in a loose media such as charcoal or pastel, to prevent smudging. Care should be taken with these works however, if acrylic glass is used, as a static charge can build up which will attract the pigment particles off the paper. Using real glass helps to prevent this.

Certain kinds of pieces do not usually need glass when framed, including paintings done in acrylic or oil paint (the former is usually waterproof; the latter needs to breathe due to the decades-long drying process), stained glass or tiles, and laminated posters. These kinds of pieces are still sometimes put under glass though, if for example they are framed using mats, or (in the case of oil paintings) they are kept in a carefully climate-controlled environment.

There are some examples in which the protective function of the frame is dispensed with, such as in Daniel C. Boyer's gouache The Three Sphinxes of the Metis in the Meadow of Louis Riel's Shameful Career, in which slits are cut all the way through the frame from the outside of the picture to its inside, and Boyer's The Distant Landscape allows for a figure inside the frame to raise and lower her arm by means of a brad attached through the backing, letting the sword she is holding move up and down in such a slit. In the case of Boyer's scented marker drawing Waiting for a Biscuit, a hole has been drilled in the frame to allow for the work to be smelled more easily.

The treatment of the back of the framed artwork varies widely, from usually nothing in the case of oils, to the frequent use of foam-core boards(available in archival acid free versions both in black and white) and other backing boards to provide support, or backing paper or "dust covers" to keep dust and insects out. While these are almost invariably simply functional, there are some examples of works in which they have been decorated (such as Daniel C. Boyer's After the Age of 50, The Angry God and His Rabbit Harem), with this being considered part of the artwork. The use of backing boards is common with watermedia and other art on paper. Usually paper dust covers will be inexpensive craft paper or heavy duty archival papers

Plique-à-jour picture frames, made of enamel by Bulushoff, are among the most expensive frames in the world.

Picture frames are generally square or rectangular, though circular and oval frames are not uncommon. Frames in more unusual shapes such as football shapes, stars, hearts can be hand carved by a professional wood carver or carpenter There are also picture frames designed to go around corners. A popular design is the scoop, an indent in the frame adding depth.

One of the earliest frames was a discovery made in an Egyptian tomb dating back to 2nd century A.D. in which a fayum mummy portrait was discovered at Hawara still within its wooden frame. This finding suggests the mummy portraits may have been hung in the owners' homes prior to inclusion within the funerary equipment. The portrait and its frame were most likely preserved by the desert climate, according to frame historian and installation expert Marilyn Murdoch explained in a historical talk to museum docents.

Although framing borders in ancient art were used to divide scenes and ornamentation by ancient Egyptian and Greek artists in pottery and wallpaintings, the first carved wooden frames as we know them today appeared on small panel paintings in twelfth and thirteenth century Europe. According to a historical series published in Picture Frame Magazine, these early "framed panel paintings were made from one piece. The area to be painted was carved out, leaving a raised framing border around the outside edge, like a tray. The whole piece was then gessoed and gilded. Painting the image on the flat panel was the last thing to be done."

When it was realized this method of producing a frame and the image within in one slab of wood was too costly, "a more efficient method was eventually developed which used mitred moulding strips. These strips were attached to a flat wooden panel which produced a similar result to the carved panel, but were more cost effective. This type of frame is known as an engaged frame. The early ones were made of simple wooden moulding strips attached to the outside edge of a wooden panel."

Throughout the 14th and 15th centuries, most European frames were church-commissioned and largely unmovable as they were altarpieces and a large part of the church's architecture. The frames were ornamented with architectural elements mimicking the exteriors of the great cathedrals. However, the Renaissance of 14th and 15th century Italy saw the rise of arts patrons extending beyond the church. Wealthy nobles such as the Medici family could now bring art and frames into their estate by commissioning allegorical, devotional and portrait paintings. This was the advent of the portable or moveable frame.

Under the reign of Francis I, France's first Renaissance monarch from 1515 through 1547, art came to the forefront of daily life and flourished along with picture frames. Many workers came from Italy to partake in the arts trade, including Leonardo da Vinci, whom "Francis convinced to leave Italy in the last part of his life." Frames were now designed by furniture builders rather than the artist, sculptor or architect as in the past. Books on furniture and interior design were published and in distribution to a wider market than ever before.

From 1610 to 1643, under the reign of Louis XIII in France, the influence of court and refinement took center stage in frame designs. The profiles became thinner than their Italian predecessors, and continuous design such as egg-and-dart, ribbon and flow of leaves, and pronounced low relief corner designs appeared. This paved the way for Baroque design in picture framing, and "Spanish, Flemish, and Italian influences were all at work to produce a curious intermingling and exchange of ideas."

Pictures frames as art were highly developed in Orthodox countries (e.g., Russia, Serbia) and used to cover icons in churches.

"L"-style frames are a simple variety that are constructed with a single L-shaped border of wood, with the bottom part of the L, or rabbet, at the front of the frame to hold in the glass, object and backing, which are secured in from the back

A photo cube is a special type of picture frame, often used to show members of a family, a vacation, or a timeline of someone's life.

Other styles are clip frames (not really a frame at all), box frames and shadow boxes. A digital photo frame is an example of the changing technology of the 21st century.

Macaroni picture frames are a popular craft project for children. Uncooked pasta in various shapes are glued to a frame in a pattern. Sometimes the entire frame is painted.

Block mounting is a cheap alternative to framing. The technique (also known as display mounting, photo mounting or art mounting) involves sealing high quality photographic prints onto a wooden MDF board. The process of creating one is as follows: 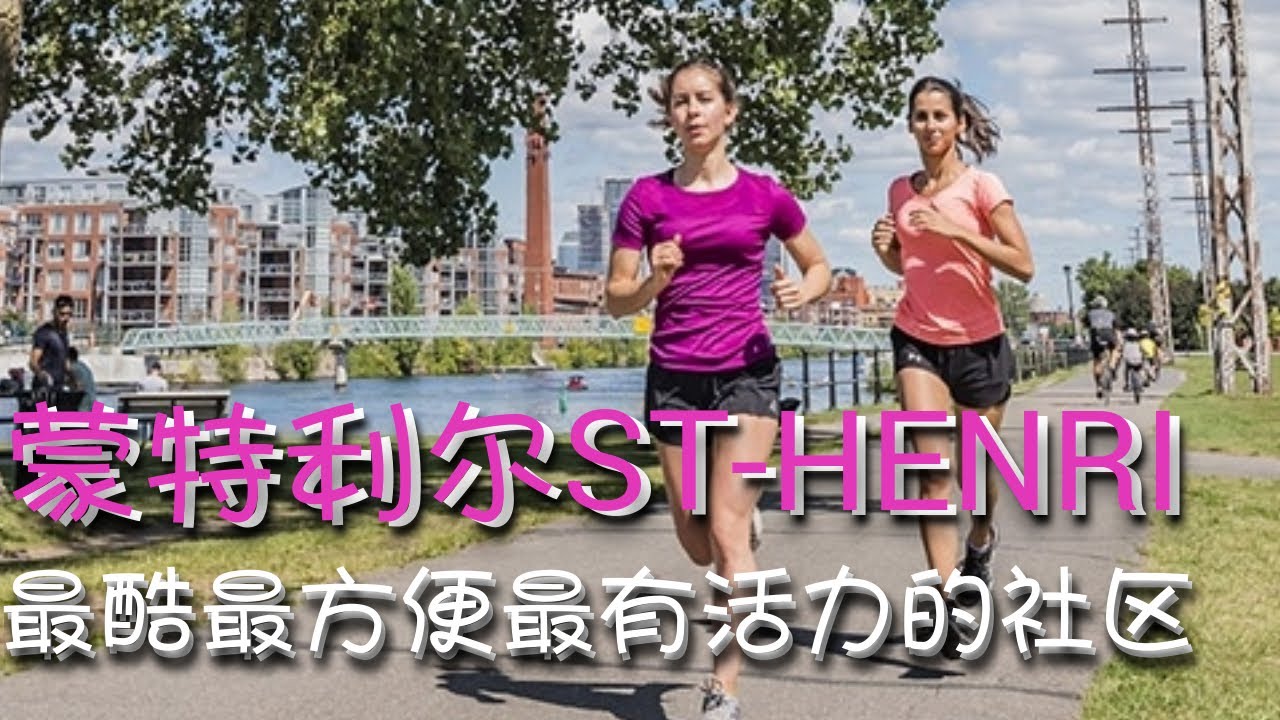 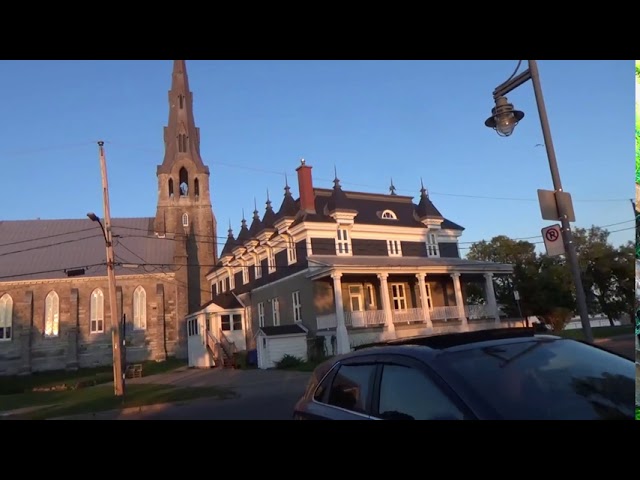